Once the rotary blade was invented to be used on trains it was time to come up with an even better system for Mayfield snow removal. Double rotary engines that had a rotary plow on each end soon came into use. These could clear the snow at the stations and were highly effective in dealing with snow that continue to fall in a single direction.

These blades were used first by steam engines and were then later followed by electrical or gas powered engines. Now they are a thing of the past and only a memory.

Plows were a miracle in the making for Mayfield snow plowing back in the day. In the 1860s it was rare to find a plow that was horse-drawn across America but shortly after that they became very popular.

It is interesting to note that snow plowing problems then and now are very similar. They both have the common problem of clearing the roads effectively without blocking side roads or sidewalks. Back then and even now the disposal of snow has been a problem.

In the past, snowplows could handle the streets but ended up sending snow on the sidewalks and even ended up blocking the doorways to shops and businesses. Lawsuits began to develop from storeowners while citizens continued to find their way through the deep piles of snow left on the sidewalk.

The solution to this came in the form of horse-drawn carts that were used for snow removal. Snow was carried away into nearby waterways, which added more jobs to the community. Nowadays, snow can be disposed of using dump trucks and backhoes.

Rotary blades and horse-powered plows are a thing of the past, but it is important to know the history of snow plowing as it forms a part of your community. Snow removal will continue to be a necessary part of life for anyone that lives up north and is an important part of your heritage. Luckily, there are solutions in place and services that offer snow removal at a fair price. In the past, these options simply were not available. 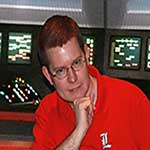